In the midst of explosive growth, our govtech portfolio company Mark43 has been chosen for Forbes’ second annual list of next billion-dollar startups. The 25 companies recognized are transforming their industries and have the tangible results to prove it. In Mark43’s case, recently winning its first competitive bid to supply five police departments in Los Angeles County with its award-winning Record Management System (RMS) and being honored in Forbes’ 30 under 30 last year was proof enough to snag the spot.

Building off of a 2017 $15 million forecasted revenue run-rate, along with its 75 employees and $41 million in venture capital funding, Mark43 has big plans. Next up: the company is releasing an industry first cloud-based Computer Aided Dispatch (CAD) product — an emergency-response system that will impact citizens’ everyday life by dispatching fire, EMT, and police to people who need it, more efficiently and effectively than ever before.

In an interview with Forbes, CEO and cofounder Scott Crouch says, “We are seeing a turning point where departments are so unhappy about what they’ve got.” There are around 18,000 police departments in the U.S. and Crouch hopes to sign on dozens of new customers over the next years as the multi-decade wave of of legacy government software replacement ramps up

Congrats on the recognition, Mark43, and we can’t wait to see what 2017 brings! 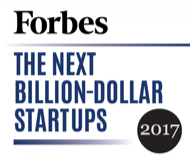