VCs historically ran for the hills whenever they heard the word “government” and for good reason: software sales cycles were measured in years, governments often required a ton of product customization and a byzantine structure of prime and sub-contractors made it impossible to actually deploy solutions even after a deal was won.

However, in the past couple of years, a number of trends including government adoption of the cloud, budget constraints, a massive government personnel retirement cycle and an open data movement have coalesced to create an openness on the part of government agencies to embrace new technologies and a dramatically shortened sales cycle – our portfolio companies’ average is just 86 days.

The average sales cycle of our govtech startups is 86 days.

VCs have taken notice: since we launched our fund 12 months ago top-tier VCs, angels and strategics have invested $45M alongside our $6M in the Seed, Series A and follow-on rounds of our seven portfolio companies. A number of our startups already have term sheets in hand that indicate 2016 will see that follow-on investment figure more than double to $100M.

Let’s just start with the U.S. government. First, there are 22 Million people employed at the federal, state and local levels. To put that in context, that’s roughly 15% of the entire U.S. labor force. Another way to think about it: the companies that make up the Dow Jones Industrial Average (eg. Microsoft, Exxon, Home Depot, McDonald’s, etc) employ 6 million people. That means the U.S. government employs roughly four times the number of people as all of the companies in the Dow Jones Industrial Average, combined.

The U.S. government is the single largest enterprise in America.

Governments spend a lot on technology every year.

So the U.S. government is big. Now add in the governments of every other country around the world and you’ll get the sense of how big a market opportunity govtech is.  In fact, Gartner reports governments spend $400+ Billion dollars a year on govtech.

So what tools and infrastructure are government agencies around the world spending $400 Billion a year on?

Government employees are just as frustrated by waste as you are.

One of the best parts of my job is that I get to talk to government employees every day. I have yet to meet anyone working in government that wants to waste taxpayer dollars. Rather, the folks I’ve met are dedicated to finding ways to improve their respective communities but often have antiquated tools to work with. They’re embarrassed to read headlines that all to often highlight the inevitable failure of large, over-budget, delayed, waterfall custom IT projects.

New tools for government employees are coming to market.

The good news is that, unlike legacy government vendors, our portfolio of startups offer government customers:

And our software startups are being built by some amazing entrepreneurs:

Results from our portfolio – our first year:

Our portfolio has had tremendous velocity this past year:

In the past 12 months, we’ve invested $6M in seven startups and had $45M of follow-on/co-investments by leading VCs. Heading into 2016, a number of our startups already have term sheets in hand that suggest that follow-on figure will more than double to $100M.

Civictech – the other critical technology for our society.

While we exclusively invest in govtech here at the Govtech Fund, there is another equally important movement that is redefining 21st century societies: civictech. Citizen engagement in their own governance is critical to the health of any society and civic technologies will be transformative. As the “operating system of citizens”, civictech covers a broad range of citizen engagement and personal democracy related activities including community organizing, petitions, advocacy, connecting with elected officials, politics and campaigns, the citizen journalist and much more.

Civictech is the “operating system” of the citizen – the tools citizens use everyday to engage in their governance.

I am concerned about the sustainability of civictech startups where the business models and paying customers are often less clear than for govtech startups. The most expensive form of investment dollars – the kind that VCs deploy – has difficulty justifying investments in spaces when addressable paying markets are not well defined. So I applaud non-profit transformers such the Omidyar Network, the Knight Foundation and others for having stepped in to fill the funding void but civictech startups need greater support from citizens themselves if we are going to ensure their long term sustainability. I donate a significant percentage of my income to non-profits focusing on civictech and I regularly encourage my Silicon Valley peers to do the same.

These are nascent days for the govtech movement. Regardless of your political leanings and whether you advocate for more or for less government, the fact is that governments play a central role in organizing and delivering services that citizens cannot do on their own. In the modern era of smartphones, self-driving cars and microsatellites, it’s inconceivable that governments will be able to execute policy without providing their employees the most modern tools available to do their jobs.

Multiple market, technology and demographic drivers have coalesced such that we are at the beginning of a multi-decade, multi-billion dollar technology replacement cycle in governments around the world. Startups that solve critical pain points for government employees will be the beneficiaries and govtech will prove to be one of the biggest market opportunities hiding in plain sight. 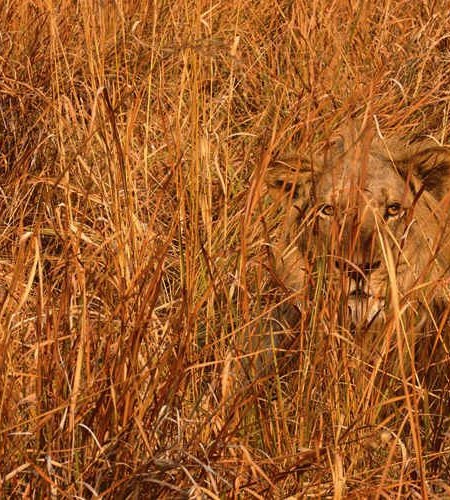