We are honored to have received so much great coverage of our launch...

The launch also received hundreds of tweets and retweets on Twitter. 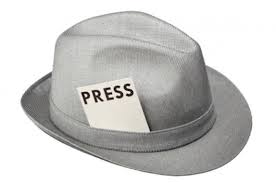